The results of a visual field test suggested glaucoma but another test performed with iCare COMPASS reveled a different diagnosis. Below you can find more details of this real-life case.

Background of the case:

In January 2017 a 63 years old male was referred for suspected normal tension glaucoma in the right eye. The treatment was Ganfort ou.

The results of the visual field test performed in January 2017 showed a defect that looks like glaucoma. The treatment with Ganfort drops was continued.

In the OCT the optic nerve head looked normal The results of the OCT In March 2018 a new test was performed with iCare COMPASS 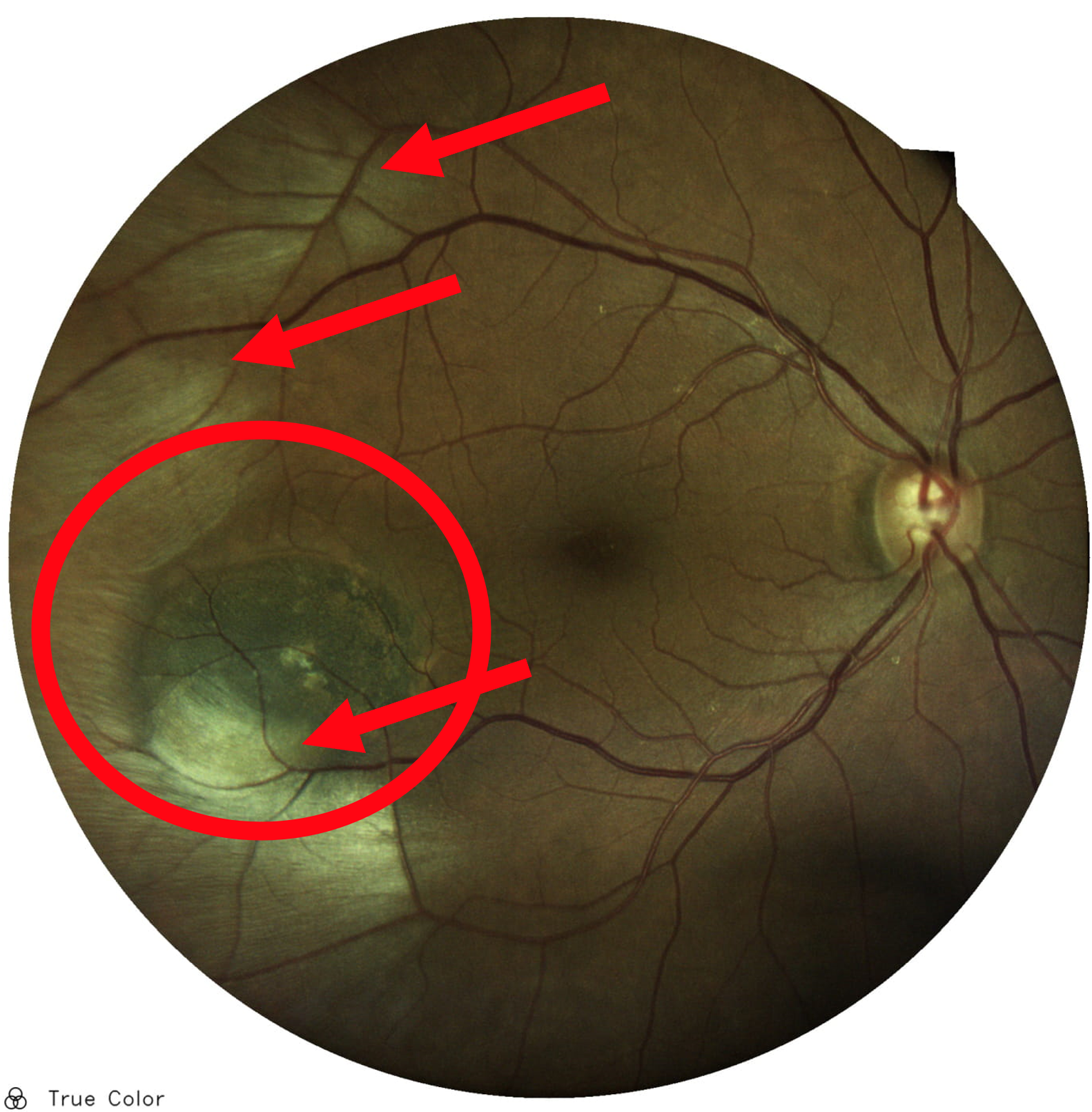 Thanks to iCare COMPASS..

A precise overlap between areas of depressed sensitivity and areas of nevus and atrophic retina is clearly shown. As the result it was decided to stop treatment with IOP-lowering medications. At the last follow-up (12-09-2019) the patient was stable. 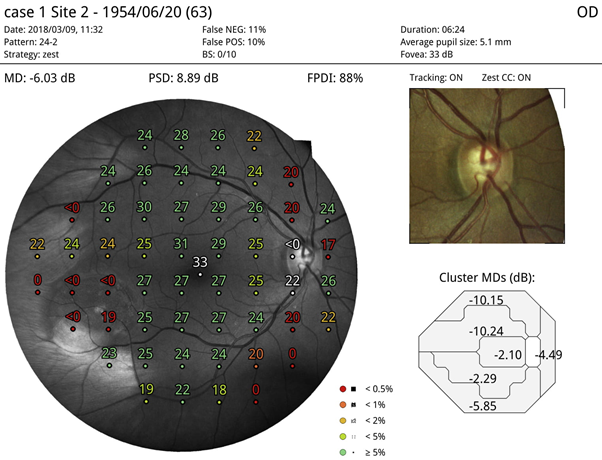 Thanks to the iCare COMPASS perimeter, the areas of depressed sensitivity, nevus and atrophic retina are clearly seen. After a COMPASS exam it was decided to stop treatment with IOP lowering medications. Patient was stable in the last follow-up. Fill out the form below and we’ll send you a new interesting clinical case once a month.

Do you want to go to the iCare US website?

Yes, take me to the usa website No, I want to continue to the iCare international website